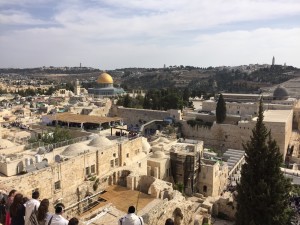 Visit the home of a famous family of Cohanim from the times of the Second Temple that was burned during the destruction of Jerusalem.

The site contains excavations and restorations of many Upper City dwellings from the time of the Second Temple.

The Cardo Maximus was the main street of Roman Byzantine Jerusalem.

One of the largest and most significant archaeological park sites in the country. 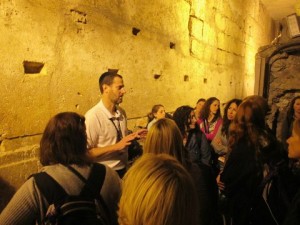 An underground walk that spans the whole length of the western wall of the Temple Mount.

The Old City and the Shuls

Understand the four quarters and the Jewish settling of the Old City throughout the years.

Enjoy the view from the rooftops of the shuk, and a visit to the Kotel Katan and the Ataret Kohanim Yeshivah.

The center of the Ashkenazic community of old Jerusalem. Destruction of the synagogue in 1948 was front-page news around the world.

Remnants of the wall that King Chiskiahu built in the 8th century BC to guard against the attack of Sancherev King of Assyria.

The City of David

Understand the core of Yerushalayim. Guided with a Tanach understanding and a wet experience walking through Chiskiahu’s 3,000 yr old tunnel.