Climb down into the clandestine, underground, pre-State bullet factory built by the Haganah under the noses of the British who controlled Palestine at the time.

The Palmach museum is dedicated to the history of the Jewish underground organization established in 1941. 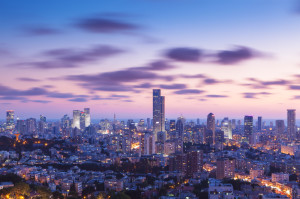 The Old City and Port of Jaffa

Old Jaffa – the city that has always been the entry to the ancient land of Israel – is one of the most attractive places to tour in Tel Aviv.

History comes to life with a tour of the narrow lanes and winding streets of the Neve Tzedek neighborhood, the first Jewish neighborhood to be built outside Jaffa at the beginning of 1887, 22 years before the establishment of the City of Tel Aviv.

The highest observatory in the Middle East (located on the 49th floor of the Round Building of the Azrieli Center), it is possible to see the coastline stretching from Ashkelon in the south, to Hadera in the north.

See a multimedia presentation about the valiant War of Independence battle fought to secure Tel Aviv against Egyptian invasion.